STORY TELLING:
How to Show That Scientists Are People, Too

For the HHMI Bulletin, published by the Howard Hughes Medical Institute, I've interviewed distinguished researchers, then written
mini-profiles that highlight the "relate-able" sides of men and women
​of science.

TECHNICALITIES:
How to Explain What
​Scientists Do in the Lab

Often research needs interpretation. Journalists, donors, and legislators all appreciate it when you connect the dots, although researchers may push back if things get too simple. Here's an HHMI Bulletin explainer that struck the right balance.

A Brew of Bitter
​By George Heidekat
​
If you mix lab skills, nostalgia, and a hankering for diversion, what do you get? For HHMI professor Graham F. Hatfull, the answer is "the plowman's lunch": bread, cheese, and beer.

Hatfull is a professor of biotechnology at the University of Pittsburgh. His day job is studying mycobacteriophages—viruses that infect mycobacteria, like the kind that cause tuberculosis. Outside the lab, he likes to plumb the mysteries of bread, cheese, and beer. Especially beer.

"Maybe this is coincidence," he says, "but the things I really like to eat and drink are, fundamentally, experiments in microbiology."

His quest? "The perfect pint of British bitter." For beer drinkers in this country, a bitter is a pale ale, with what Hatfull calls an "artisanal" touch. He cultivated that touch during a 1980s flirtation with kitchen-sink brewing, while earning his Ph. D. in molecular biology at the University of Edinburgh. By 2006, an established researcher plagued by bureaucratic chores, he thought, "I need something to take my mind away from the administrative details.." So he blew the dust off his British-made equipment, sorted out voltage differences, located a Pittsburgh source for hops and grain, and was soon happily brewing away in his garage. Five gallons at a time, no two batches exactly alike.

With afternoon sunlight glancing off his John Lennon glasses, Hatfull elaborates in his campus office. "Both brewing and what we do in the lab require appreciation and respect for the power of microorganisms. They can make you very ill, but you can view them as essential pieces of civilization." At home, he bakes bread as well—another yeast-based mainstay. "And I just started getting into cheese, which is microbiology of yet another sort."

Each brew is a mild surprise, and Hatfull relishes the impact of tiny, random variations in taste, aroma, and color. "I like the sense of being an artisan. It depends, from batch to batch, on you, and on the microorganisms, and what their particular behaviors are."

At the same time, (here he slips into a mock-academic tone), "There are clearly a lot of scientific elements. You have a hypothesis as to how a particular brew is going to be made. You devise a recipe that you hypothesize will give you that kind of brew. You go in and do the experiment—right?—and at the end you get to drink the experiment."

HOW IT WORKED OUT:
'Life on the Surface' Brochure Dramatizes
The Value of a Premium Paper Line
For Designers and Printers
​Lindenmeyr Munroe asked me to develop a thematic approach that would (A.) unify an album of shots by a three-generation family of photographers, (B.) evoke the  historic roots of an Italian paper manufacturer, and (C.) gracefully highlight the product line's features, functions, and benefits. I tried to make it a tribute to the life-catching power of photography — like this: 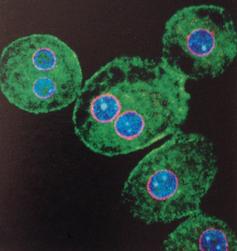 How does your body regulate its 50 trillion cells? The short answer is that it sends chemical messages to tiny subassemblies operating inside every single one of them. Despite decades of study, however, intra-cellular communications are only dimly understood. Now a team led by HHMI international research scholar Maria de Fatima Leite has discovered an elegantly simple explanation for one of these command mechanisms.

[Recently] the researchers described for the first time the transfer of information from insulin to calcium ions in liver cell nuclei. Because it regenerates even after severe damage, the liver could be a key to explaining both normal cell growth and cancer. And calcium is a known "second messenger," decoding messages like "Die!" or "Grow!"—carried through the bloodstream by hormones such as insulin—into language that the cell's subsystems understand.

"We've known for a long time that insulin affects regeneration," Leite says. "We've also known that insulin changes calcium concentrations in the cytoplasm, the part of the cell surrounding the nucleus. But we'd never seen insulin receptors in the nucleus itself."

Detecting insulin receptors in the same places and at the same times as rising and falling calcium concentrations told the researchers they had made two discoveries, says Leite: "One, insulin causes calcium oscillations in the nucleus; and two, receptors translocate from the cell wall to the nucleus, traveling much deeper than we had thought."

Although a receptor is submicroscopic, Leite says, at the cellular scale its dive is an epic one. "If you imagine a receptor molecule as a two-meter-tall lifeguard, the distance would be something like swimming the length of Lake Titicaca."

Both discoveries are far more than just scientific curiosities, she says. "These are very important clues to specific problems. If we can learn to stimulate calcium oscillations in the nucleus, in a way that switches on regeneration or inhibits tumor growth, we may be able to design finely targeted medications with fewer side effects. 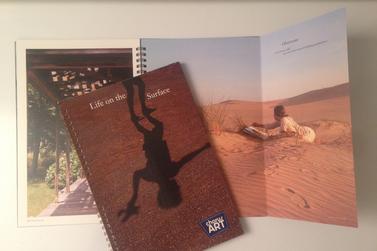 ​You can find more life on the surface of a sheet of paper than in any layer of pixels under glass. It’s waiting there—vivid, permanent, tangible—whether you’re holding a masterful darkroom print or an eight-color page hot off the press.

That’s why, even in the Age of the Selfie, the worth of fine-art photos on paper continues to climb. And why ink-on-paper photography still enhances magazines, catalogs, postcards, and direct mail in ways no other medium can.

After all, it was paper, not OLEDs, that popularized photography in the first place. Pre-digital darkroom pioneers created demand by bringing images to life on durable, affordable paper. Soon printers were racing to reproduce those flashes of life, millions at a time. Mass-media photos on printed pages taught the world to live the visual life. Seen from that perspective, an Instagram snapshot is just a fleeting footnote.

From the beginning, better printing surfaces were essential, because it took brighter, more opaque, more runnable papers to sustain the life of an original photograph. Today, that’s where Chorus ART from Burgo comes in. We supply it in triple-coated silk and gloss surfaces, engineered for traditional or digital processes, in a complete, readily available selection of text and cover weights. And, with 30 percent post-consumer content, every sheet of Chorus ART is environmentally friendly as well.

On Chorus ART, you can capture a photo’s spark of life. To see how, just explore the following pages. They reflect the work of three generations of photographers, practicing across nearly 80 years of shifting aesthetics and evolving technologies, enlivened here by skillful presswork on tactile, trustworthy Chorus ART.

THE SURFACE IS DEEPER THAN YOU THINK:
• 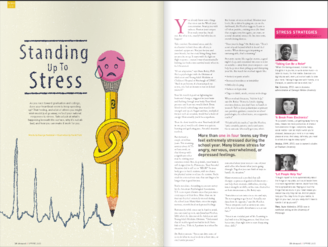 So Let's Equip Them to Cope

The Pittsburgh Promise asked me to help local kids understand what's really going on, and how they can gain better control of their emotional lives. (Click, then flip to p. 15.) 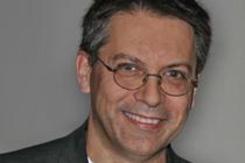 Turning Growth On and Off,
One Cell at a Time

As Clear as Ink Can Get